20 interesting and unknown facts about the world 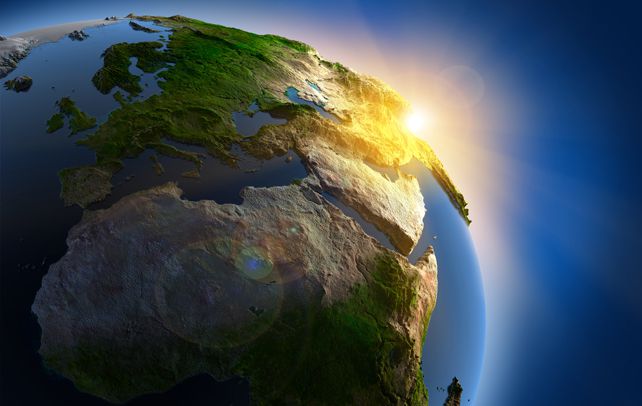 2. 8 minutes, 17 seconds it takes until the light from the surface of the Sun will reach Earth.

3. 12 October 1999 was declared "Day of six billion", the population of the planet was fixed based on projections of the United Nations.

4. 10 percent of all people ever born are alive at this very moment.

6. Every year on Earth there is more than one million earthquakes.

7. When Krakatau erupted in 1883, its force was so great that you could hear it at a distance of 4800 km in Australia.

8. The largest hailstones ever fell to the ground - was weighing more than 1 kg and it fell in Bangladesh in 1986.

9. Every second strikes the Ground about 100 lightning.

11. In October 1999 an iceberg the size of London broke off from the ice shelf of Antarctica.

12. If you could drive your car straight up you would be in space a little more than an hour.

15. Dinosaurs were extinct before the complete formation of the Rocky mountains and the Alps.

16. The female spider black widow eat the males after mating.

17. When a flea jumps, the rate of acceleration is 20 times more than the Shuttle during the launch.

19. If our Sun would be one-inch diameter, the nearest star would be at a distance of 445 miles.