On the coast of the Black sea on the territory of Adjara is the port city of Batumi. This is the land the hot sun, refreshing sea, fresh air, and Georgian cuisine.

Many years ago, Batius the Liman (estuary deep) called gateway at sea as he played a crucial strategic role. Therefore in 1547 the city was conquered by the Ottomans. And only 300 years later in 1878, Batumi was liberated by the Russian-Georgian army. And in 1936 was renamed in Batumi.

Today Batumi is the most important cultural, economic and tourist center of Georgia. Not often can you find a city rich in both its historic values and modern buildings. The city is located on Khabarskoe lowland. The area of the city about 65 km. the Climate is accompanied by a large increase of tourists. Annually Batumi is visited by tourists from all over the world. The subtropical climate and high humidity and attract people here starting in may and ending in November. Tourists are an endless variety of entertainment and places to visit.

Botanical garden - one of the largest Botanical gardens in the former Soviet Union. Located on an area of 113 hectares, 9 km from the city. The collection of living plants has approximately 5000 plants and about 2,000 species of trees.

Seaside Park with a palm grove – this Park is near the sea and has a beautiful view. It is the epicenter of tourist life. Cafes, bars, attractions, street shows, live music and hundreds of people walking in the evenings.

Tamara fortress - is located in Tamaris-tsikhe. Today, from her, though in ruins, but around her the city was founded. The view from the summit on which are the remains of the castle offers a beautiful view of the nearby landscapes. Around the house are where people live. Mostly in those places people move back, as the road is very difficult to walk. Local Schitaut this place is mystical and avoid it. You can go there for a tour. Don't be surprised when you see where photographers and cinematographers. This place is very popular for filming.

Gonio fortress – or as it is called Gonio-Apsaros. It is situated 12 km from the city. On the left Bank of the Chorokhi river, almost near the border with Turkey. Here is a Paradise for lovers of history. The length of the fortress is about 900 meters. The height of the towers 7m. In the old days, the fortress was the citadel of Roman and later Byzantine Empire.

Old town – here you will plunge into the atmosphere of the 19th century with the head. On the Piazza, which was completed in 2009, you will be transferred to Venice. The area of the mushroom tower, which houses a musical clock. Arriving at the Europe square you can see the statue of Medea that holds the most famous Golden fleece. Around the square stretched old houses which has more than 100 years. Also if you are a believer you should definitely visit the Cathedral of the blessed virgin, executed in the Gothic style and the Church of St. Nicholas and the Church of St. Barbara.

The last few years, Batumi has actively built modern architecture. Since 2010 began to appear famous hotels Sheraton, Radisson, Hilton, and Hyatt. On the promenade you can find the tallest building in Georgia – the case of the Batumi technological University, which has a height of 200 m. the Uniqueness of the city of Batumi is in the fact that it was built on the Roman plan. Parallel streets it is clearly divided into squares, which makes orientation in the city. And because the numeration of the streets starts from the sea, in this town it is impossible to get lost. 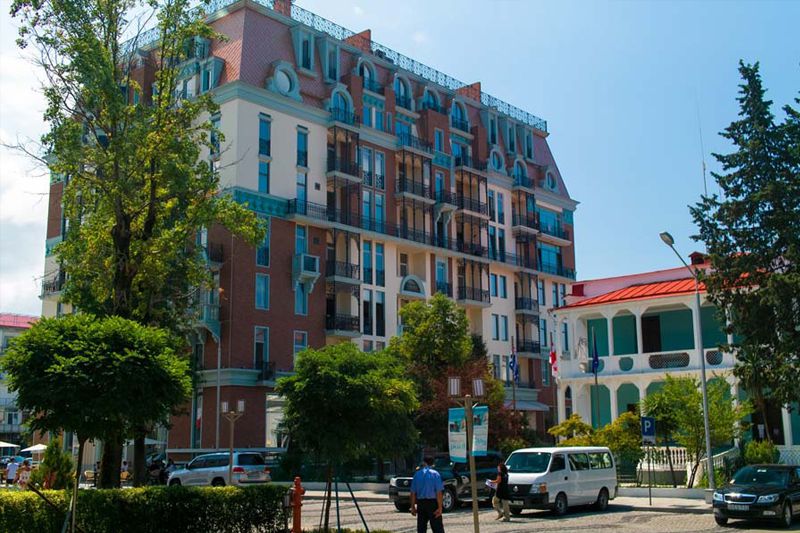 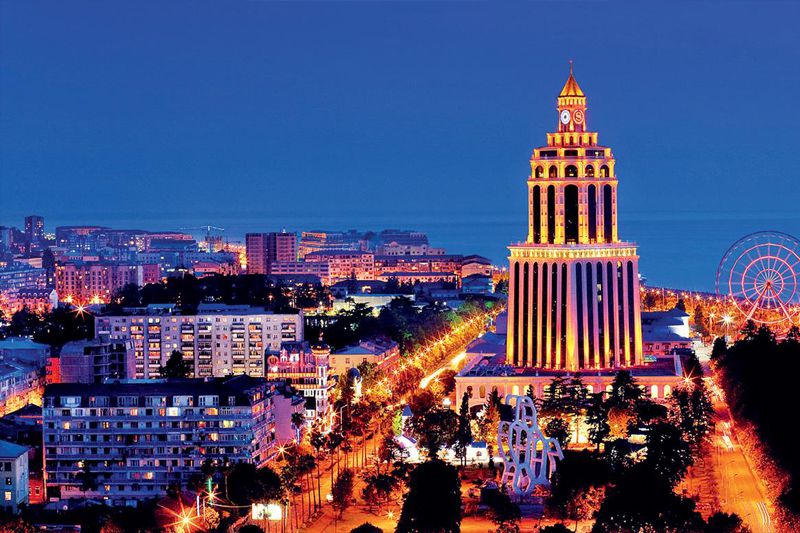 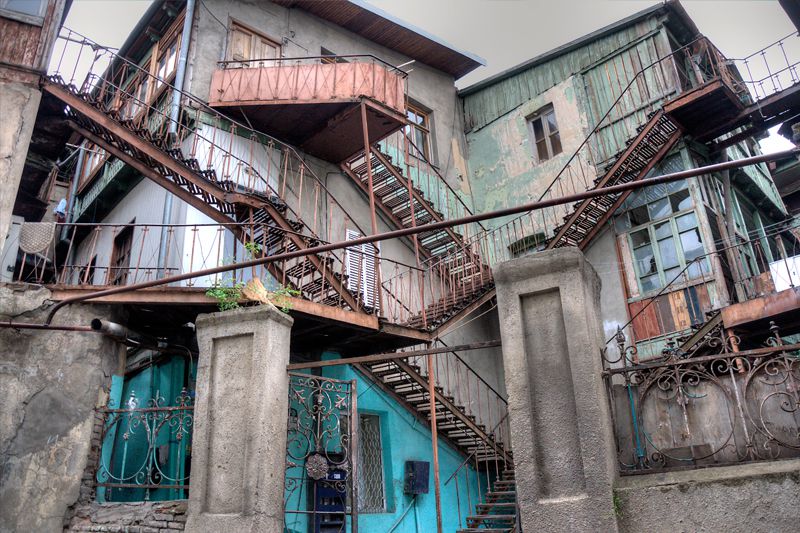 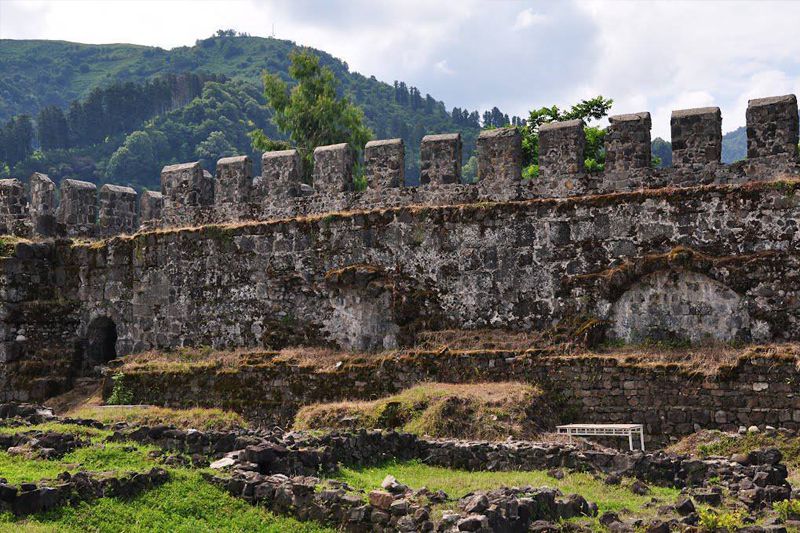 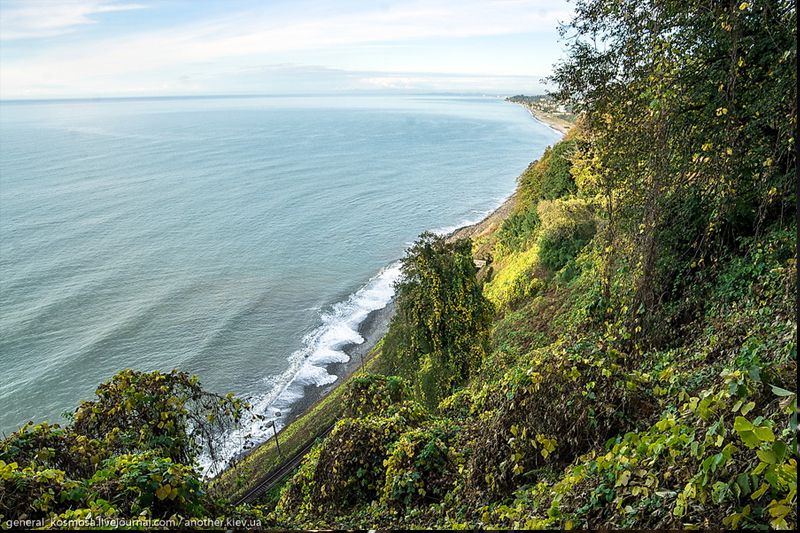 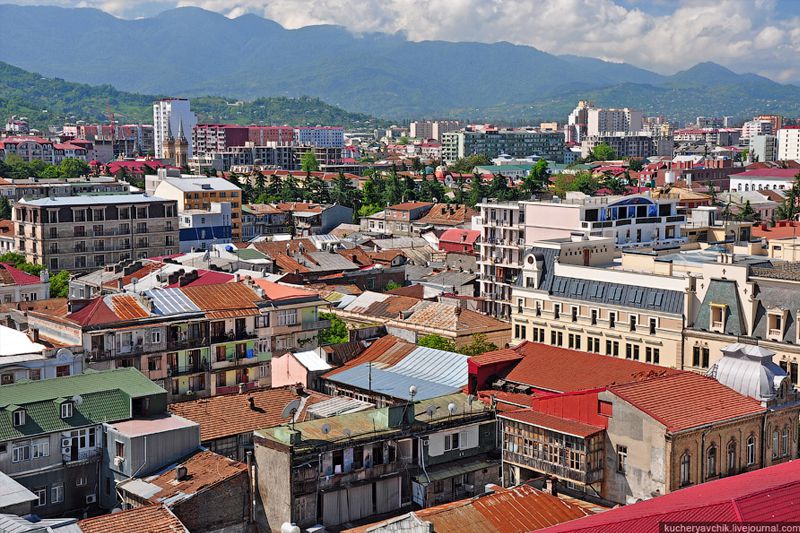 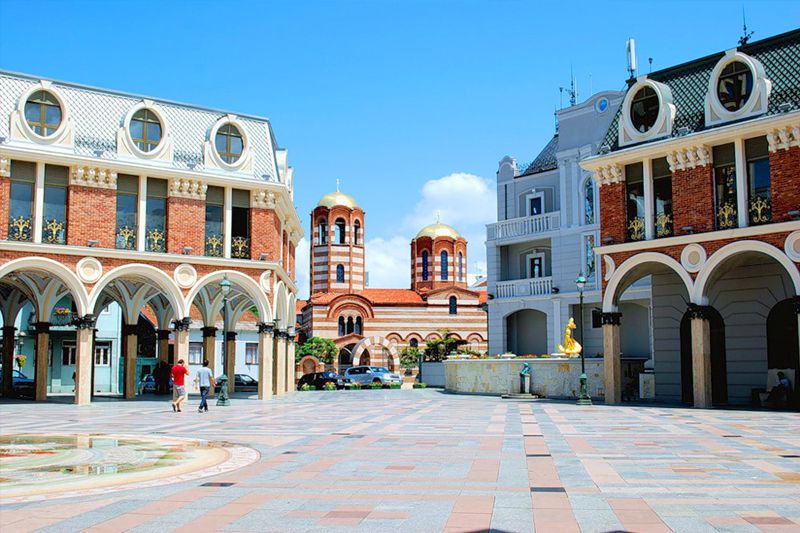