The number does not mean an advantage, but being able to crush your enemy with huge size of your army really gives a definite advantage. There are a number of different factors, if we want to determine the most powerful army on earth (like firepower, technology, training, and more), but if you want to know about the largest armies in the world, read on. :)

Keep in mind that these figures are combined totals, incorporating not only army, but the soldiers of the Navy, air force, special operations, Marines and other industries. 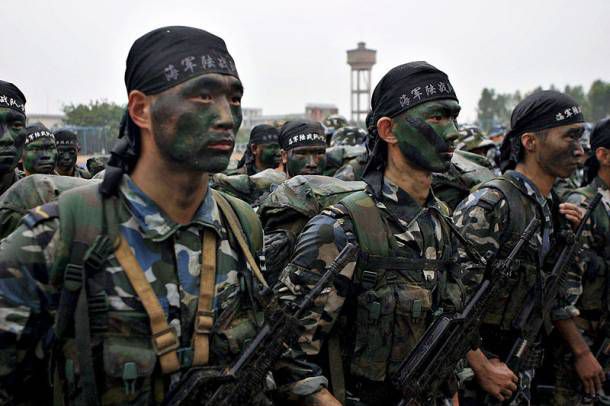 You will not be a shock that the largest army in the world belongs to the people's Republic of China, as well as the most populous country on the planet. China's population has 1.354.040.000 according to the official census at the end of December last year. In theory, all Chinese men are required to serve a term of military service if they were drafted into the people's liberation army, but there is a sufficient number of volunteers, and many men simply do not need to call.

The U.S. has the second largest army on the planet, and as you can see, it has a much smaller number of soldiers than samay largest army in the world. Curiously, however, reserve personnel in the U.S. armed forces - more than there are in the Chinese army. In the US, per capita has more troops than China. 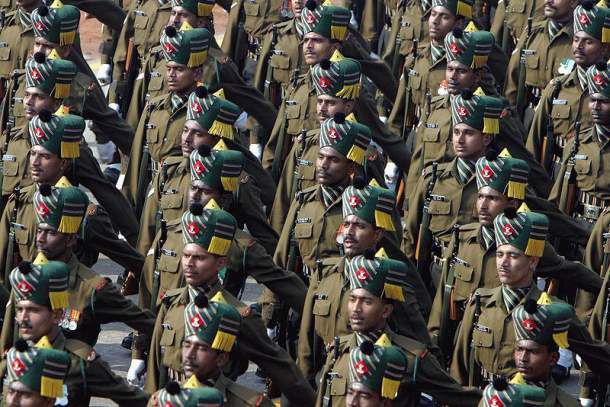 You may not think about India when thinking of the largest army in the world, but it ranks third. This is not surprising, in light of the fact that the population of India is very large. There are almost two times more active members of the military reserve of India. 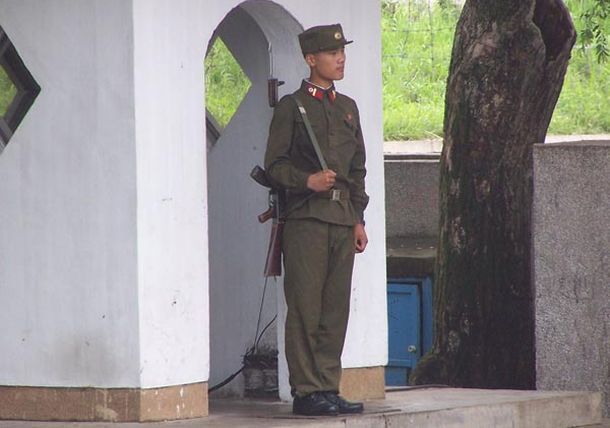 Not far behind India comes North Korea. North Korea is a small country that literally cannot afford to have significant army. North Korea already has a tiny budget, but chooses to allocate around one quarter of its financial resources on its military. In a country where many people can't even eat, many would agree that it's pretty sad. It's incredible, but North Korea has a reserve military force of more than 8 million personnel. Maybe they are not the largest and most active military on the planet, but they have the largest reserve military on the planet. 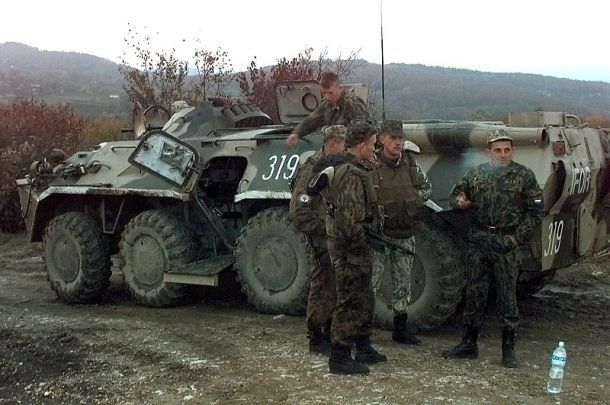 Russian soldiers in Bosnia and Herzegovina

The current incarnation of the Russian army originated with the Russian Federation in 1992, after the collapse of the Soviet Union. Along with the million or so active military personnel, Russia has over 2 million personnel in the reserve forces. 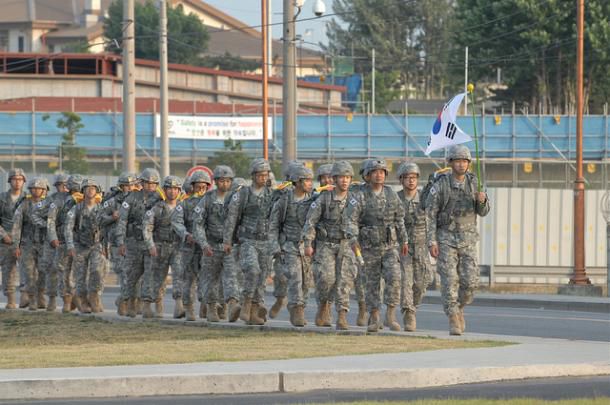 South Korean soldiers on the 62nd anniversary of the Korean War

The South Korean military is much smaller than the North Korean, but South Korea has long received assistance from the United States, it gives them a big boost as the army. Naturally South Korea's budget is more balanced than its belligerent neighbor to the North. For several years, South Korea plans to improve the service. So she sends more of its budget toward the development of weapons and technological upgrades. 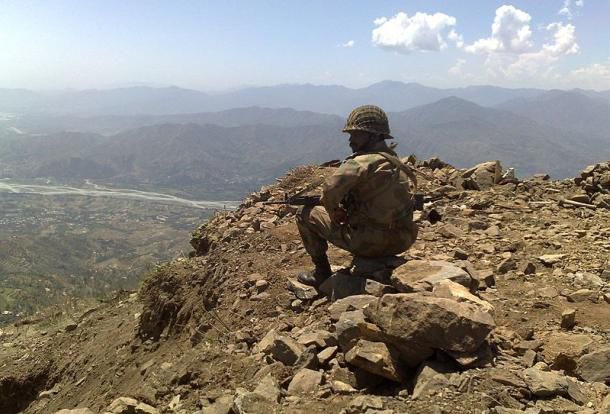 Pakistanith the soldiers on guard in SWAT valley

Pakistan has a long history of bellicose relations with neighboring countries, particularly with India. Pakistan imports a lot of weapons from the United States and China, and continues to work closely with two of the largest armies in the world, to develop new technologies and maintain the security of its borders. 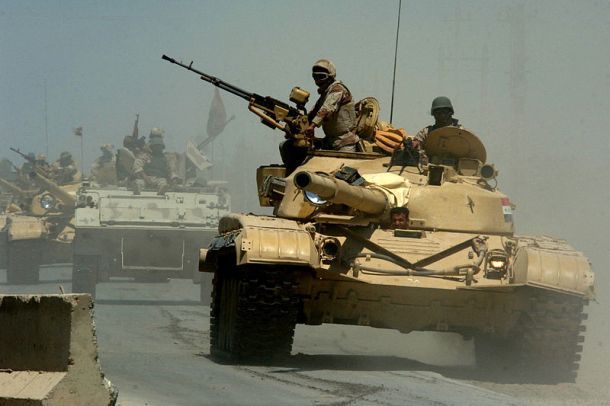 9 mechanized division of the Iraqi army

The Iraqi military forces collapsed and been rebuilt several times over the years. The latest crisis in Iraq was the invasion in 2003, which overturned the regime of Saddam Hussein. After the fall of Hussein, the U.S. helps the Iraqi government in rebuilding its forces and army. Currently, the military in Iraq is under the control of the Iraqi armed forces and Ministry of internal Affairs. Iraq has no military reserve personnel. 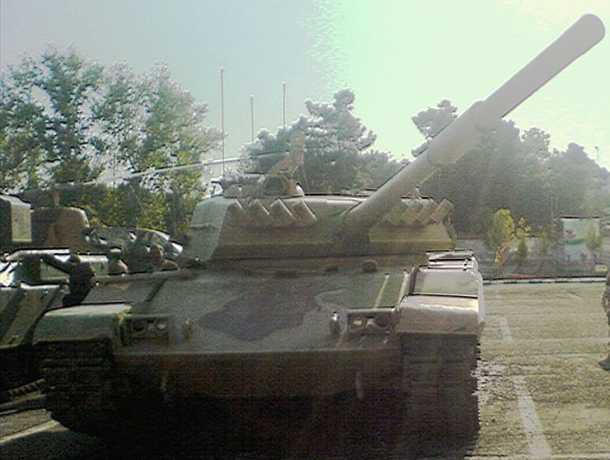 Right behind Iraq comes Iran. Iran has contentious relations with its neighbors, with the United States, all of them, including with their own people. This figure does not include the Iranian military police, whichI includes about 60,000 people. 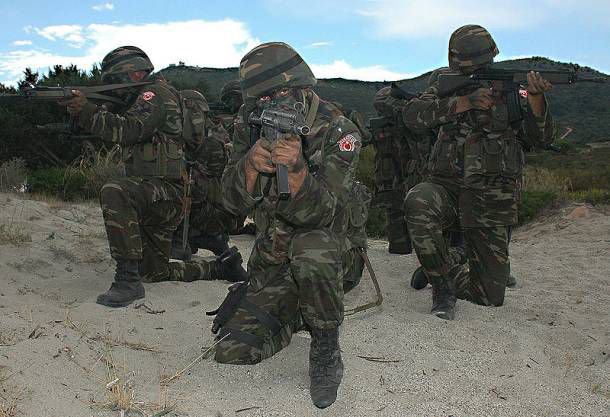 Turkish soldiers during a NATO exercise

Turkey fought took an active role during the Second World war. After the Second World war, when NATO was formed, Turkey joined the NATO forces and the beginning of a revolution in its military forces with new technologies and advanced weapons. To date, the army ranks 10th in number, thereby overtaking Egypt. Yemen and Vietnam, the next two countries down on the list, have comparable active militaries, but massive reserve forces numbering more than 4 million people in each.

Now that you know the 10 largest militaries on the planet, you may be wondering which countries are on the other side of the scale! There are eight countries with a zero number of troops, some of them are territories of other countries: Vanatu, Panama, Palestine, Monaco, Mauritius, Iceland, Haiti and Costa Rica. Some of these countries have alliances with neighbouring countries, while others simply have no standing military and rely on other tactical forces. Countries with fewer than 500 active military personnel include Tonga, Seychelles, Antigua and Barbuda, Saint Kitts and Nevis.

Finally, one more interesting measure of military size is 1000 capita, which measures the density of military forces against the General population. For reference, the number of the armed forces of the United States is 7.3. Topping the list is North Korea, with a total 386,7 military personnel per 1000 inhabitants! Not far behind, and South Ossetia and Yemen with 256,9 and 200.7 per capita, respectively.

To have a big army, of course, very useful, but in today's geopolitical sphere, technology is becoming increasingly important. The country, which will remain on top in the coming epoch will be those who not only will have a large number of weapons, but also to invest in the development technology that reduce the need for maintenance of a large army.