Five Monuments that might not survive the test of time

History, Sightseeing, Our world Is interesting

Ancient civilizations have long written about the power and strength of the weather. The ancient Egyptians mentioned about exhausting heat, and the Greeks wrote the account of the great typhoons.

Centuries have passed and few visible signs of ancient people still exist today, we look at the monuments around the world as the main attractions. Slowly but surely, extreme weather is weakening popular monuments around the world. Meteorologist Jim Andrews, who specializiruetsya on weather conditions in different countries, published in the list of wonders of the world, those that can not survive the test of time.

The Colosseum , built in 70-80 years of our era, was the center for Roman gladiatorial fights and spectacles for the audience. Andrews noted that ancient scene is under its own fight for survival. 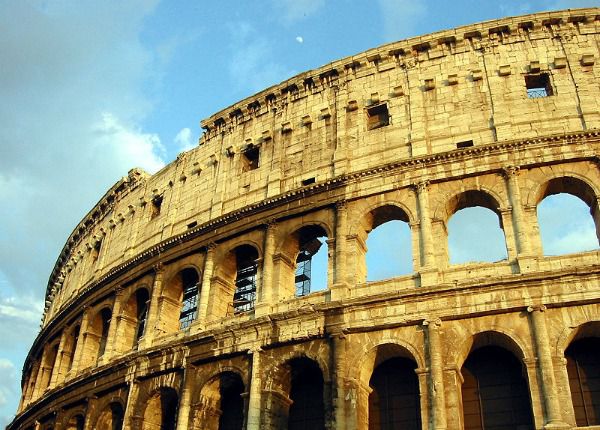 "Snow and frost are infrequent visitors in Rome. However, when it snows, it stays on the stones of ancient buildings, and Denham, if the temperature is above zero, the snow starts to melt. Water seeps into cracks of the rocks, and at night when the temperature drops below zero, it will cause of stones."

Water getting into the nooks and crevices of the monument is a big problem, Andrews warned.

"It's like a chisel, an extremely powerful force. I would say that it is rather as if you put an aluminum can in the freezer and the bottom POPs out. That's what happened to the Colosseum for a long time."

The cycle of freezing and thawing that occurs with the Colosseum, causing it to crumble. This is happening for the 1942 years, so you can say, "Arrivederci" will not be in the near future of the ancient monument.

This temple was dedicated to Apollo after saving the inhabitants of the surrounding area from smartelNoah epidemic that struck the area. It is located in a hilly area of Greece is approximately 1,131 m above sea level. 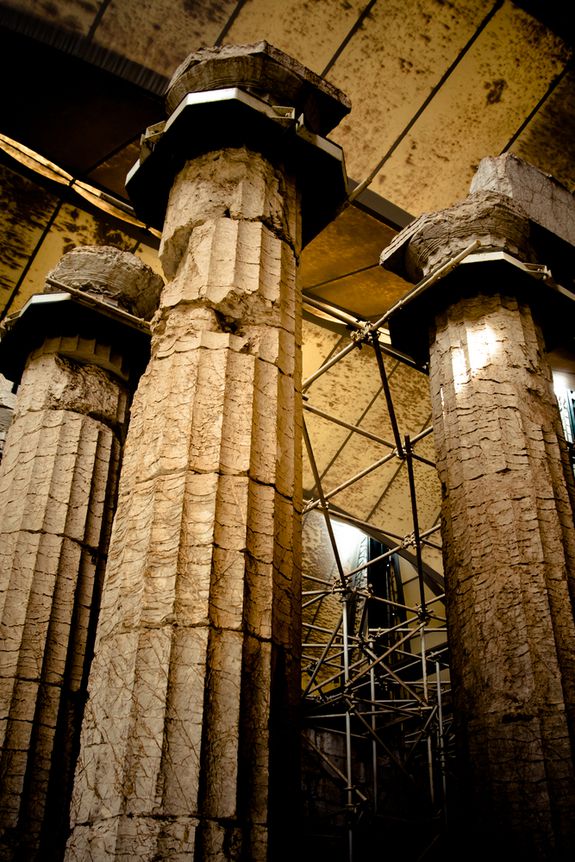 Andrews noted, "the Peloponnese Peninsula (mainland Greece) is a relatively wet place because of the mountains. The temperature in winter period in the Mediterranean climate, it is not very low, despite the fact that Greece is on the same latitude as Boston, Massachusetts".

Built in 420 - 400 BC, archaeologists have discovered water that is in the pores of the marble and during the rare cases of low temperatures in the Mediterranean, the water freezes and expands the ancient stone structures.

"This monument is near the highest point of the Peninsula, and at high altitude, the temperature falls. In January, the area received half the average rainfall for the month, so this is a place where precipitation plays a role," said Andrews.

The Ulysses S. Grant memorial is located across the street from the state Capitol building and is a shining example of what effect acid rain has on bronze. Bronze is a metal that consists of copper and a small amount of tin and does not like acid. 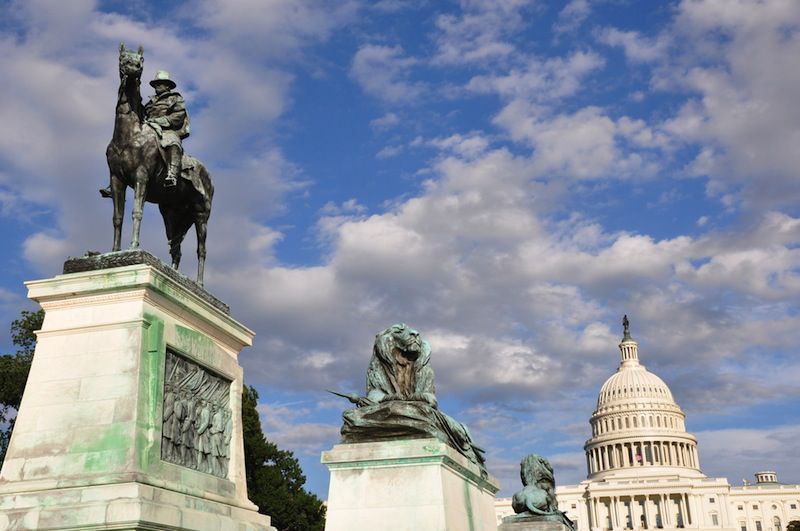 Andrews echoed, " carbonic acid is present in the sediments, and thus will react with copper, causing those green stains on the statue. And the fact that the monument is in the South that still does not help him. Chemical attacks will occur faster because of the seasonal temperatures. Higher temperatures speed up weathering and damage."

According to reports of the national parks at least once a year, wax is applied on the monument to protect and preserve the metal, as if you put on the coat to get wet.

Often associated with the city of new York, Lady Liberty stands tall amidst the Hudson river. The monument was originally a gift to America from France in recognition of the "friendship established during the American revolution." 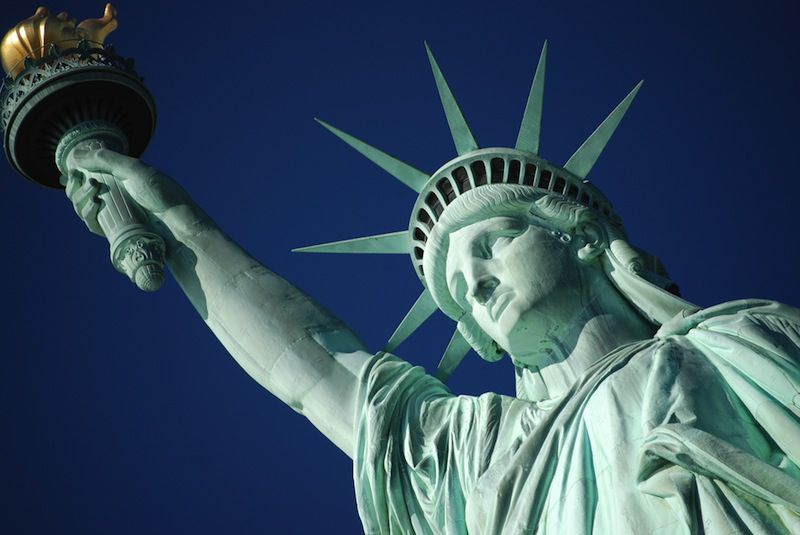 After many years spent exposed to the elements, the Statue of Liberty has experienced severe amounts of natural weathering. All parts are made of copper, years of rain have turned the once bronze statue in the green.

"The copper reacts with oxygen resulting in oxidation. Normal rain water reacts with copper, and moisture dissolves. Water connects the reactants in direct contact with each other ," Andrews said.

The green coloring occurs due to chemical reactions between water and metal.

The addition of pollutants in the air also speeds up this chemical reaction process. Weather-related repairs were made in 1937, when water seeped into the base, and careful maintenance over the years has protected the statue from further weathering.

Built in the ancient Egyptian period, known as the old Kingdom (2686-2134 BC), the great Sphinx is now pleases our eyes. Its location, the Giza Plateau, which has an eastward sloping topography. 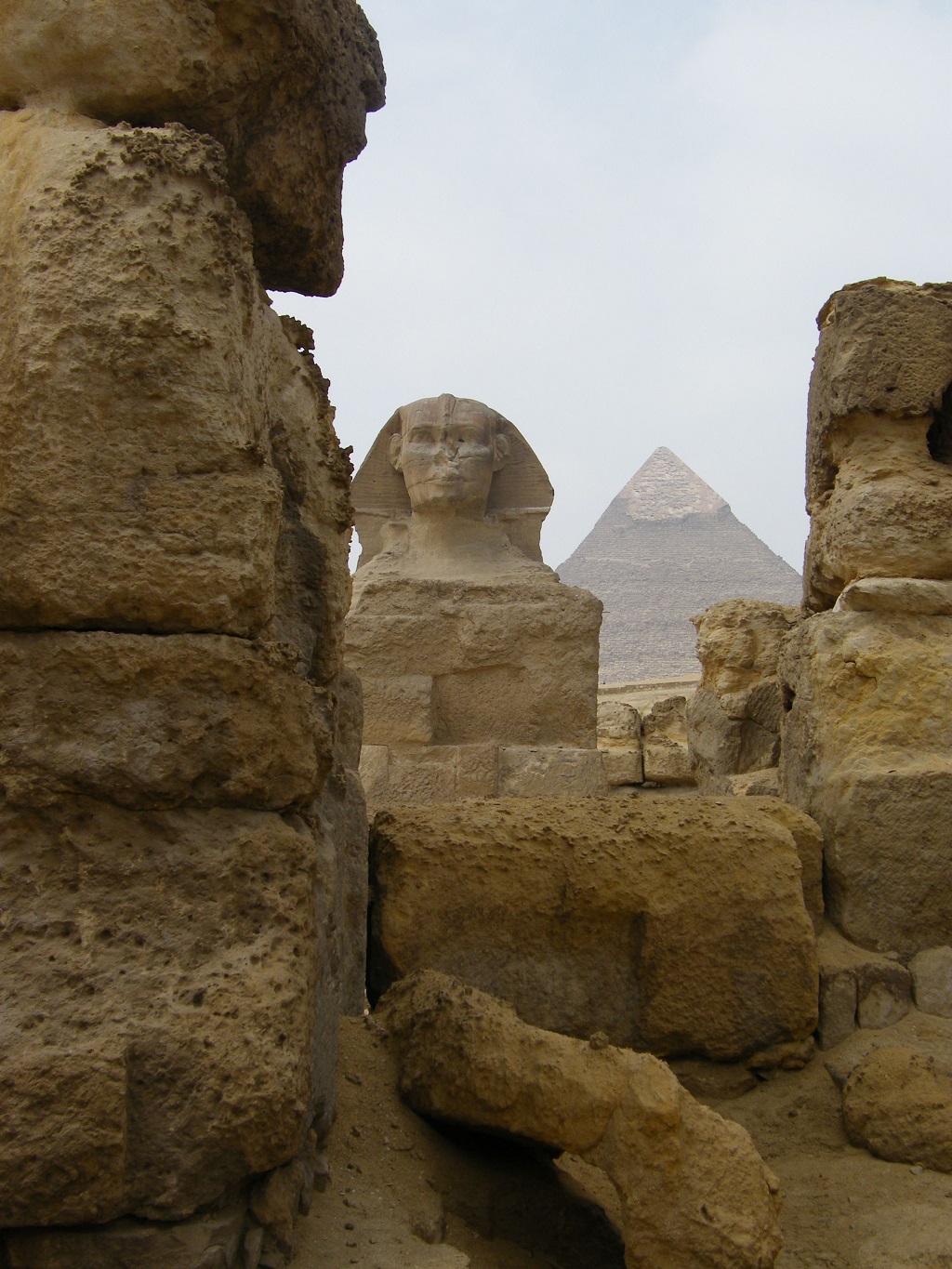 The topography surrounding the monument has created a natural rainwater run-off in the Western part of the Sphinx that has added to the eroding limestone for years.

"They have a rare torrential downpour in the desert, and came rainwater," said Andrews .

Erosion by water is not unityennaya problem being experienced by the Sphinx, Andrews warned. "Being in the desert, exposed to strong winds in the sand. This relative of sandblasting sand, as a granular material, it is as the hand with the tool in it."

Another issue related to water resources, the porous rock of the Sphinx is bordered by groundwater. Andrews said, "Saturated salt underground water can wick up into the porous rock. Moisture is bad for this type of large structures."

Years passed, and these monuments have survived. However, some of them may have a shorter life expectancy than we think. "Everything on Earth that is man-made will be attacked by nature. Atmospheric forces will take their toll," said Andrews.