Despite the fact that Canada is the second largest country in the world, it has a population 1/10 of the US population. Thus, many do not notice it on the map, in spite of this, Canada is an amazing country.

How do you know the facts about Canada? Here are some surprising things you may not know about the Northern neighbor of the United States:

1. The Canadian head of state is Queen Elizabeth II

Here is one of the most interesting facts about Canada that surprises Americans. Did you know that the canadian Head of state is still Queen Elizabeth II, British monarch? Canada passed from hands in hands between the French and British monarchs for centuries before becoming an independent state. The Queen no longer "reigns" over Canada, but it still plays an important role in the government and in the national identity of Canada, and located in a conspicuous place on the canadian currency.

2. Winnie the Pooh was based on a Canadian bear 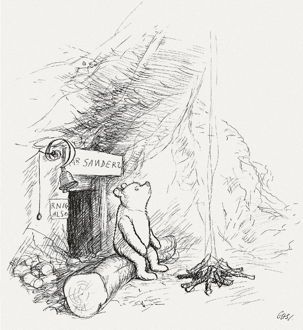 In 1915, a black bear cub from Canada named Winnipeg, or "Winnie," was donated to the zoo in London. Christopher Robin Milne, then a child, saw the bear and quickly realized that it was one of his favorite animals in the Park. His father, A. A. Milne, took this as part of the inspiration for his stories about Winnie-the-Pooh. 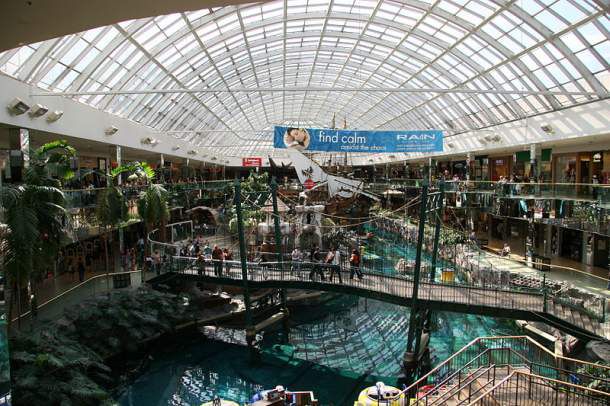 Shopping centre West Edmonton Mall located in Edmonton, Alberta, once SchItalia was the largest Mall in the world, but now ranks only tenth place. However, it still has the second largest amusement Park in the location on the Ground, and also the largest shopping Mall in North America. He was No. 1 ranking on the planet until 2004, and nine other centres were built in the last decade.
How big is the West Edmonton Mall? Designed Parking for twenty thousand cars, and over 800 different stores and 23,000 employees. Between 60,000 and 150,000 shoppers come to the Mall every day. Of attractions include Galaxyland, an indoor amusement Park. There is also a large water Park, mini Golf, several sea lions in an enclosed space with a lake, ice rink, casino, Comedy club, and a huge concert hall.

4.The lowest temperature in North America was in Canada 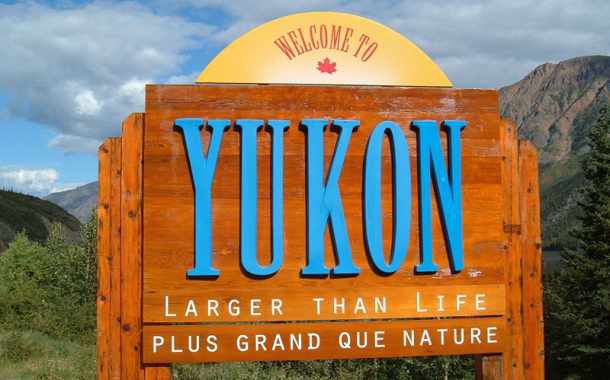 The lowest temperature ever in North America was in Canada in snag, Yukon territory. Record temperature of minus 63 degrees Celsius, it was observed on 3 February 1947. Some parts of Canada is covered with snow about six months a year.

5. Quebec city, the only city in Canada and the United States which is enclosed by a wall

You can think about the concept of the walled city as a relic of bygone times, but québec city still retains its ramparts today. This makes it the only remaining walled city in North America North of Mexico. The walls surround the area of the city - Old Quebec, which is also a world heritage site. At the moment there are four gates, some of which was destroyed and was restoredonovleny. Only the Port Kent gate constructed in 1879 is still the original.

6. The name "Canada" was a linguistic error 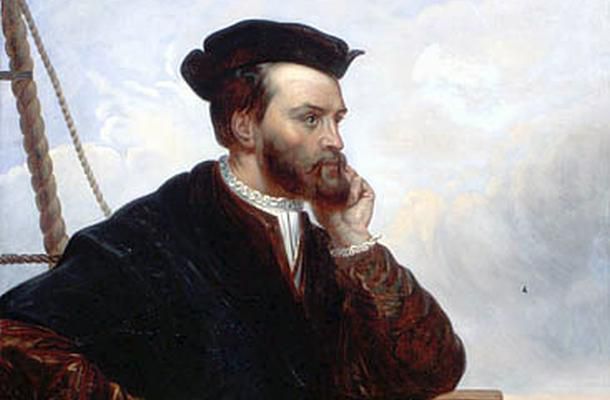 The name "Canada" is an amusing linguistic error, resulting from a misunderstanding of the French Explorer Jacques Cartier. When Cartier visited the new world, the indigenous people tried to invite him to visit their village. The word "village" in the indigenous language sounded like "rope". Cartier misunderstood and thought they meant not the village but the whole country. Thus, he described this country as "Kanata," which is its name to this day "Canada".

7. The game Lacrosse originated in Canada 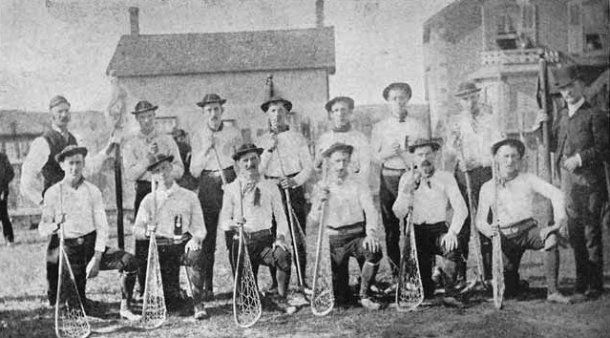 The sport of lacrosse originated in Canada. It was originally played by indigenous people after it turned into four different types of lacrosse, lacrosse field (on the grass or just lacrosse) men's and women's lacrosse and box lacrosse intercross. It is believed that the history of the game dates back to 1100 ad. Traditionally, Canadian athletes at the game of lacrosse, there were more than 1000 players! The games can be played on fields the size of which is 3 km away.

8. Basketball was invented by a Canadian 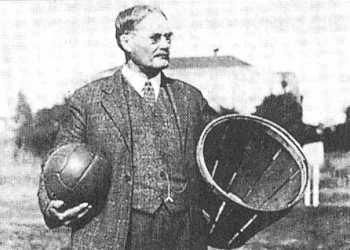 Basketball didn't originate in Canada, but the person who invented it was a canadian living in Massachusetts. James Naismith invented the game, so would his students something to do during the cold winter months.
9. The canadian national flag was created in 1965
Media/Default/13-faktov-pro Kanadu/Flag_of_Canada.png" alt="" width="610" height="305" />
Canada has not really had a national flag until 1965. Nova Scotia was granted a flag by king Charles clear back in 1625, but not all have adopted the maple leaf, and only after more than three centuries, he was finally recognized. Before that, the British Maritime flag played the role of the state.
10. 10% of all world's forest is in Canada 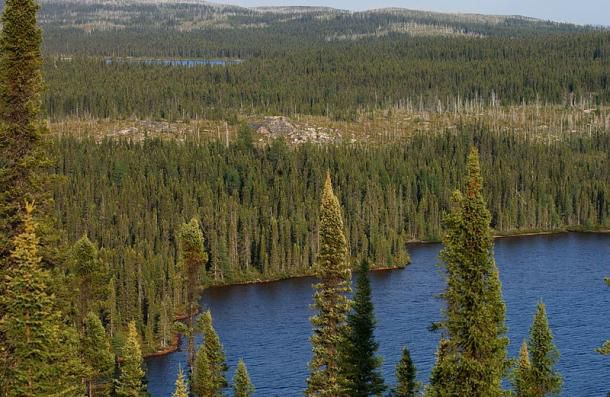 One tenth of the world's forests are located in Canada. Almost half of the country's land is covered with trees.
11. The first known European born in North America was born in Vinland 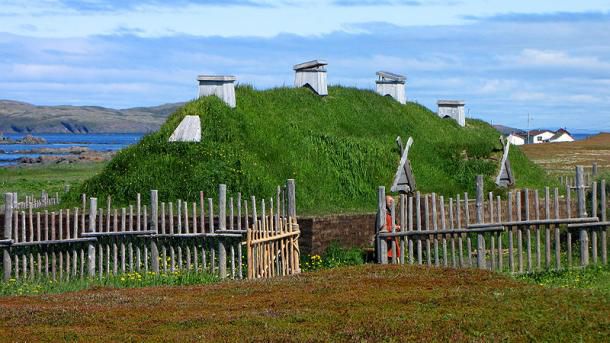 The first child born to European parents in North America was Snorri, born in Vinland around 1000 ad. his parents name was Thorfin and Gudrid.

12. Nunavut is the northernmost permanent settlement in the world 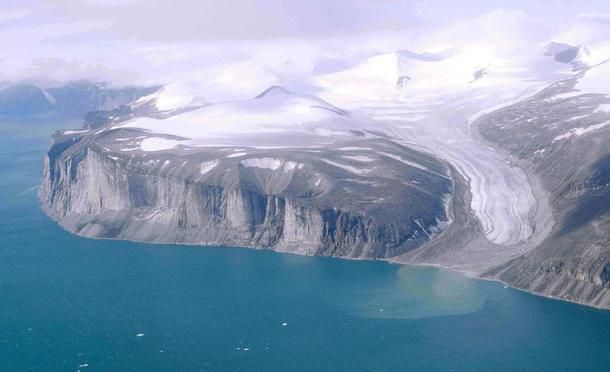 The northernmost permanent base is alert, in the settlement of Nunavut. While the settlement itself is permanent, the staff changes completely. The village was named after the HMS - warning station, and is home to a number of different operations, including a radio data transmission in the canadian armed forces, and the Environment Canada weather station, a Global Atmosphere watch laboratory monitoring of the atmosphere, as well as the airport.

13. Canada is in 9th place according to the smaller population 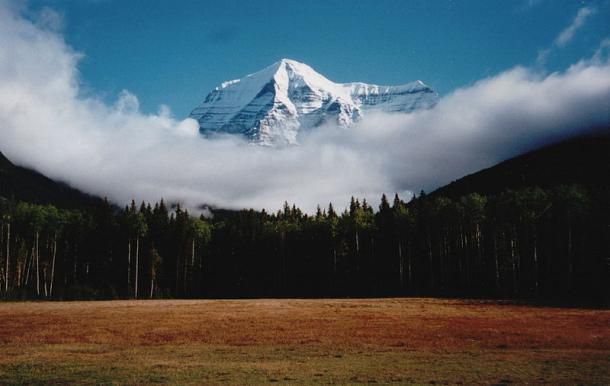 Canada is in 9th place at the lower population densities on the planet. And yet how low is low? There are roughly 8.6 people per square kilometer, according to the 2009 CIA World Factbook. Of course, most of those people are concentrated in cities and towns, but that tells you just how empty the rural areas actually.

Much of Canada is very desolate, which makes it a perfect haven for nature lovers. Terms of landmass, Canada is actually the second largest country on the planet, after Russia, 3855103 square miles. Border between USA and Canada is the longest on the planet, 5525 miles.

Snow covers the ground 10 months of the year, and in some places never disappears. The warmest month is July, with temperatures ranging around 37.9 degrees Celsius. The average temperature during the coldest month, February, minus 33.4 degrees Celsius.

These interesting facts are just a few of the many, Canada is a huge and diverse country with a rich history.